France’s most elite schools and their alumni networks: a flaw in the governance of French companies

France’s most elite schools and their alumni networks: a flaw in the governance of French companies

As everyone knows, connections matter, particularly so in the access to top management positions. The power of alumni networks, first and foremost those of Polytechnique and ENA, is well documented in the literature regarding the French elites. Rigorously selected and lavishly trained to serve the country’s public interest, these graduates often occupy the upper-management layers of large French companies. 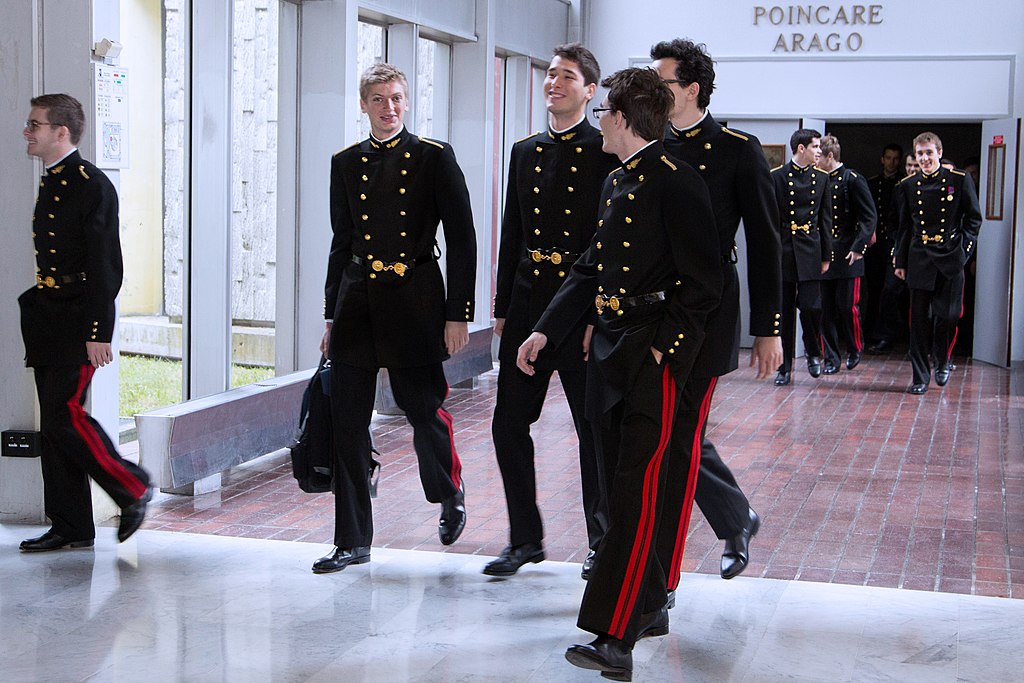 The French state’s involvement in nearly every aspect of the economy is an obvious facilitator. It creates gateways allowing those who so wish to cash in on their experience in the higher administration, often punctuated with a stint in a ministerial cabinet, by directly vaulting into the higher echelons of a company before aiming for the CEO seat. In the United States, the term “revolving door” refers to a similar process in which powerful individuals cycle between the public and private sectors, making use of their connections and influence on both sides.

The result is an over-representation of Polytechnique and ENA alumni at the head of large French companies. No less than 13 CEOs of CAC 40 companies come from these two schools. By contrast, only 11 CEOs of America’s top 100 listed companies were educated at an Ivy League university. One of the rare examples is Amazon’s Jeff Bezos, who graduated from Princeton. Regardless of their reputation, Oxford and Cambridge come nowhere close to matching the dominance of their French counterparts. Given that most directors are also CEOs, boards often include members who share the same education as the CEO and who therefore belong to his network.

At first glance, one might think that this concentration of brainpower is a strength for the company. But wait a second, is the team with the best players always the best team? In sport, we know that this is not true. Real Madrid proved in 2004 that a team of star players comprising David Beckham and Zinedine Zidane among others can end the season without winning any trophies. Over and above individual talent, it is critical to achieve an optimal balance between different sets of skills. The strength of a team is not just the sum of each member’s strength.

Some adverse effects on the firm’s governance

By analyzing the performance of co-investments in venture capital, researchers at Harvard have uncovered another fascinating result. While managers with a degree from a top university are associated with a higher investment performance, when both co-managers are alumni of the same highly prestigious university, investment performance is significantly worse. The study does not elaborate on the reasons for this disappointing outcome; however, it is likely that the lack of critical assessment of someone who is a mirror of oneself must play a key role.

Similarly, one can expect that the presence of directors with the same profile as the CEO by virtue of sharing the same education is associated with detrimental consequences for the company. The insidious threat is that the board of directors does not push the CEO hard enough to question the merits of his strategy. The risk is then that the company takes the wrong turn and finds itself in a dead end.

Among them, Vivendi stands out with a loss of 23.3 billion euros in 2002. The company was then headed by Jean-Marie Messier whose background features degrees from Polytechnique and ENA. The trouble is that Vivendi’s board of directors also comprised three alumni of Polytechnique and four alumni of ENA, also members of the prestigious Inspection of Finances like Messier himself. It is therefore quite plausible that the directors’ affinity with the brightest of their kind did not help them to detect burning issues early enough and find solutions before it was too late.

Unfavorable consequences for the company

When some directors have close ties with the CEO, the ability of the board to hold the CEO to account is effectively hampered. This fact is accepted in the AFEP-MEDEF governance code to define director independence, with respect to financial or family ties. However, social ties, such as those that stem from belonging the same alumni network, are utterly ignored. Yet, these connections affect just as much the ability of the board of directors to control the CEO.

In the absence of adequate oversight, the CEO may choose to quietly run the business without exerting too much effort or taking too much risk. This seemingly over-the-top statement has been convincingly demonstrated in the context of US companies. An obvious consequence is the lower performance of these companies.

In the long run, this leads to a loss of competitiveness. An early warning indicator is the company’s greater sensitivity to economic fluctuations. Our analysis shows more specifically that companies whose boards of directors are connected to the CEO exhibit stock returns that are highly correlated with market returns. When the state of the economy is poor, the stock market drops, and the value of these companies drops even more.

Academic studies also show that when the CEO is entrenched, in other words when he does not have to fear losing his job, the company tends to invest less in research and development, whose outcome is highly uncertain. It tends therefore to be less innovative. The results we obtain point to the same conclusion, which suggests that social networks in the boardroom contribute to managerial entrenchment.

Two other consequences arise from this situation. The first is that the company tends to be less transparent. It discloses less useful information. Jean-Marie Messier even famously claimed that “Vivendi is doing better than well” just before announcing shattering losses. Investors have thus every reason to be wary and to require a higher risk premium to hold the company’s shares. We demonstrate in a recently published paper that the educational ties between directors and the CEO result in a higher cost of equity. In addition, the company’s growth rate is much lower.

All these problems are exacerbated by the concentration of powers in the hands of the CEO, such as when the latter combines the role of chairman of the board with that of CEO. A typical example is that of Carlos Ghosn, whose contentious decisions were never seriously questioned by Renault directors until after his spectacular downfall.

Several external governance mechanisms can, however, mitigate the weakness of board control. Large shareholders have the means and incentives to make themselves heard. They can also threaten to sell their shares, which would be a scathing rejection of the CEO’s policy. Monitoring by financial analysts can also prevent connected directors from being too complacent. By expounding the company’s strategy and highlighting its financial implications, analysts decrease the prospect of a dysfunctional board. The detrimental effects of CEO-board ties are thus considerably alleviated.

Other factors may also play a beneficial role. Further internationalization of French companies is expected to bring about a greater diversity of executive profiles, which should reduce the influence of old boys’ networks. Large companies like Axa and Air France-KLM are now run by CEOs (Thomas Buberl and Ben Smith) who have completed their education and gained most of their experience overseas. The increasing proportion of female directors following the Copé-Zimmermann act is another factor expected to lead to better governance. We know, for instance, that the presence of female directors decreases the incidence of fraud.

Greater competition, with the opening-up of national and hitherto protected markets, such as that of rail transportation and electricity supply, may require different skills, which would thus undermine the appeal of former senior civil servants. On the other hand, President Macron’s recent decision to close ENA, his very alma mater, may not curb the tendency of France’s most elite graduates to maintain close ties with one another and make decisions with their own interests in mind.