Since 2019, the University of Montpellier's Institute for Advanced Studies named MAK'IT has been hosting researchers in residence from different geographical backgrounds and disciplines. Their objective: to contribute to the achievement of the United Nations Sustainable Development Goals (SDGs) by analyzing and accelerating the transition in the fields of environment, health and agriculture. 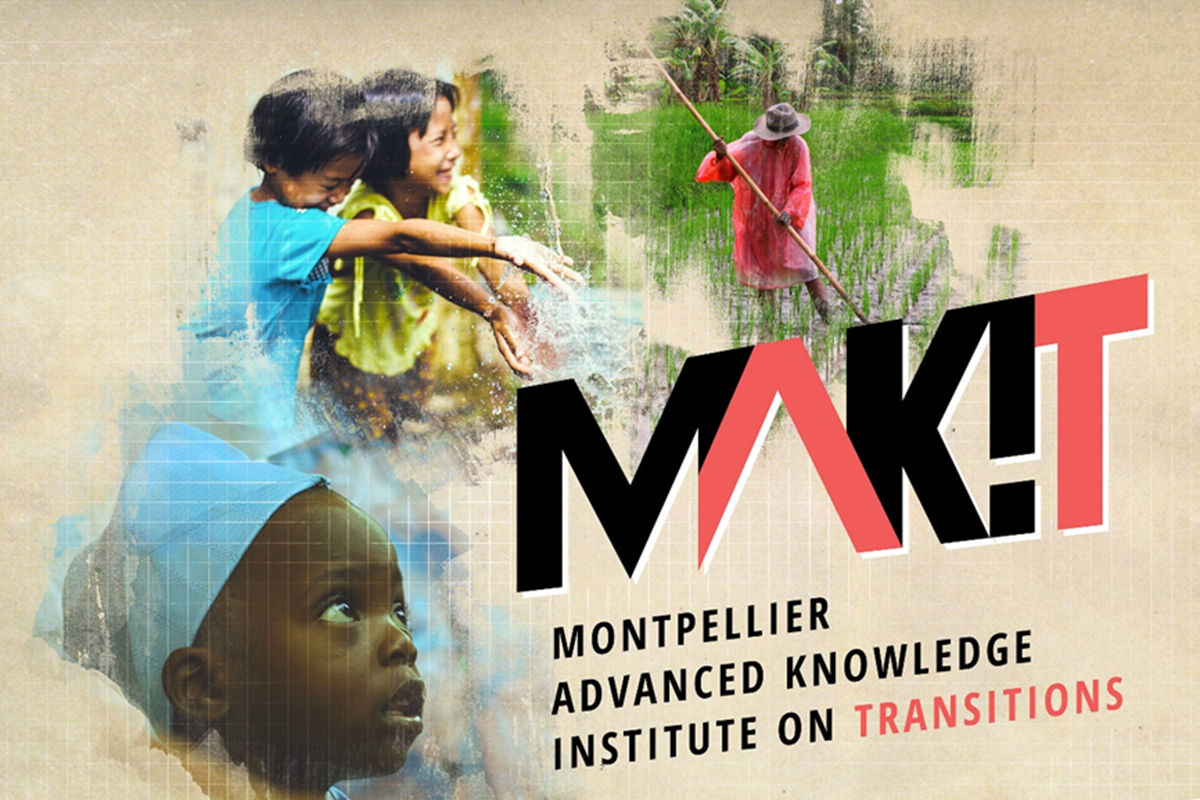 Some thirty researchers from foreign institutions have already participated or are currently participating in one of the four programs offered byMAK'IT, the Institute for Advanced Studies (IEA) at the University of Montpellier, headed by Patrick Caron, vice-president in charge of international relations. There are currently about 100 IEAs worldwide, but only eight in France: Lyon, Paris, Marseille, Nantes, Cergy, Toulouse, Strasbourg and Montpellier. The first specificity of MAK'IT is its thematic focus: the environment, health and agriculture ," explains Marianne Chaumel, project manager at Muse. Our second specificity is a strong orientation towards the "South", where half of the researchers we host come from. Finally, we place great emphasis on the dialogue between social sciences and life sciences.

Science-society links at the heart of the approach

What do these researchers from different disciplines and continents have in common? To contribute to the acceleration of the transitions necessary to achieve the United Nations' Sustainable Development Goals by 2030. MAK'IT offers an original approach to resident researchers: " We ask researchers, through their work, to tackle societal controversies that can be the source of blockages slowing down transitions," says Marianne Chaumel.

" The science-society link is really at the heart of the approach since their results must be applicable or restitutable to civil society," continues the project manager. Thus, the organization for and by researchers of colloquia, seminars and public meetings bringing together players from the socio-economic, political, associative and artistic worlds is strongly encouraged, as is the deployment of innovative educational content and teaching programs. Since 2020 and the first MAK'IT events, the Institute's researchers have organized a dozen events involving more than 70 speakers and 1,000 participants. MAK' IT has also been associated with the Africa 2020 Season. MAK' IT has developed this approach according to four formulas corresponding to the four proposed hosting programs.

4D photoacoustic imaging of the heart and brain for the American Craig Goergen; the fight against Chagas disease for the Argentine Marcelo Lorenzo; camel milk technology and markets for the Kazakh Gaukhar Konuspayeva; and the use of peri-urban land for the Australian Roel Plant. This 3 to 10 month program is reserved for " senior " researchers with at least 10 years of post-doctoral experience. " In this program, researchers must propose a cross-disciplinary project. They are integrated into the local scientific community since each of them is invited by a unit that co-finances their visit," explains the project manager.

Six researchers are participating in this program for the year 2021-2022 with a first representative from the Middle East from Lebanon. In total, we have had more than 200 open applications, which shows the growing interest in this program," says Marianne Chaumel. A large majority of the researchers currently hosted work in the field of biology and health. In September, we will also welcome our first female researcher in physics.

Second formula: the " Cohort " program. This is an exclusive MAK'IT program that offers a small group of researchers working in various fields the opportunity to work together for six months on a theme chosen by MAK'IT. " Our first cohort worked on the theme 'Fake news or failing sciences?' and participated in a Science Bar on this theme. The group we will receive between January and June 2023 - the corresponding call for applications is currently open - will focus on the question: 'What roles for science in times of crisis?' MAK'IT, in collaboration with the South Center, an intergovernmental organization based in Geneva, is organizing an international conference on this same theme on April 7 in Montpellier, where several high-level international experts are expected to attend.

The researchers in the cohort, who are housed in an open space at Muse, must ultimately produce at least one joint, and therefore transdisciplinary, publication. " With this program, they commit to working two days a week on this common project, while the rest of their time can be devoted to advancing their personal research," explains Marianne Chaumel.

"ISAF and CAT: the network ahead

The FIAS program, which stands for French Institutes for Advanced Study, is open to researchers in the social and human sciences and offers the same hosting arrangements as the " Visiting Scientists " program, i.e., a ten-month residency co-financed by a research structure of the University of Montpellier or its partners. The difference is that this program, common to five French IEAs, is managed by the French Network of IEAs (RFIEA). Of the 28 residencies proposed in 2022-2023, three will take place in Montpellier. In 2021-2022, the UM has been able to host the Dutch researcher Margreet Zwarteveen from the UNESCO Water Centre in Delft and the Franco-Australian researcher Myrtille Lacoste from Curtin University in Australia.

Finally, the CAT(Constructive Advanced Thinking) program is managed by the European Network of IEAs, called NetIAS. It offers transdisciplinary teams of young researchers (doctoral students or post-doctoral fellows) the opportunity to spend one or two weeks in different European IEAs. " Montpellier has already hosted two CAT groups for one week. Here, we organize visits and meetings with researchers from the Montpellier area, all related to the proposed theme, of course," explains Marianne Chaumel. Anti-vaccination attitudes and sustainable cities were on the agenda for 2021. The next groups to be hosted will work on the role of light in human well-being and on depression in EHPAD. 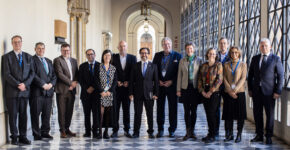 On December 14th, the eight rectors of the European University CHARM-EU met to discuss...