The RN, from rootedness to establishment: the Languedoc example

The RN, from rootedness to establishment: the Languedoc example

For almost 40 years now, the far right has been a fixture in the French political landscape. The Rassemblement National (RN) obtained - with 89 seats - a resounding success in the legislative elections of 12 and 19 June, after the qualification, for the second time in a row, of Marine Le Pen for the second round of the presidential elections of 10 and 24 April 2022. 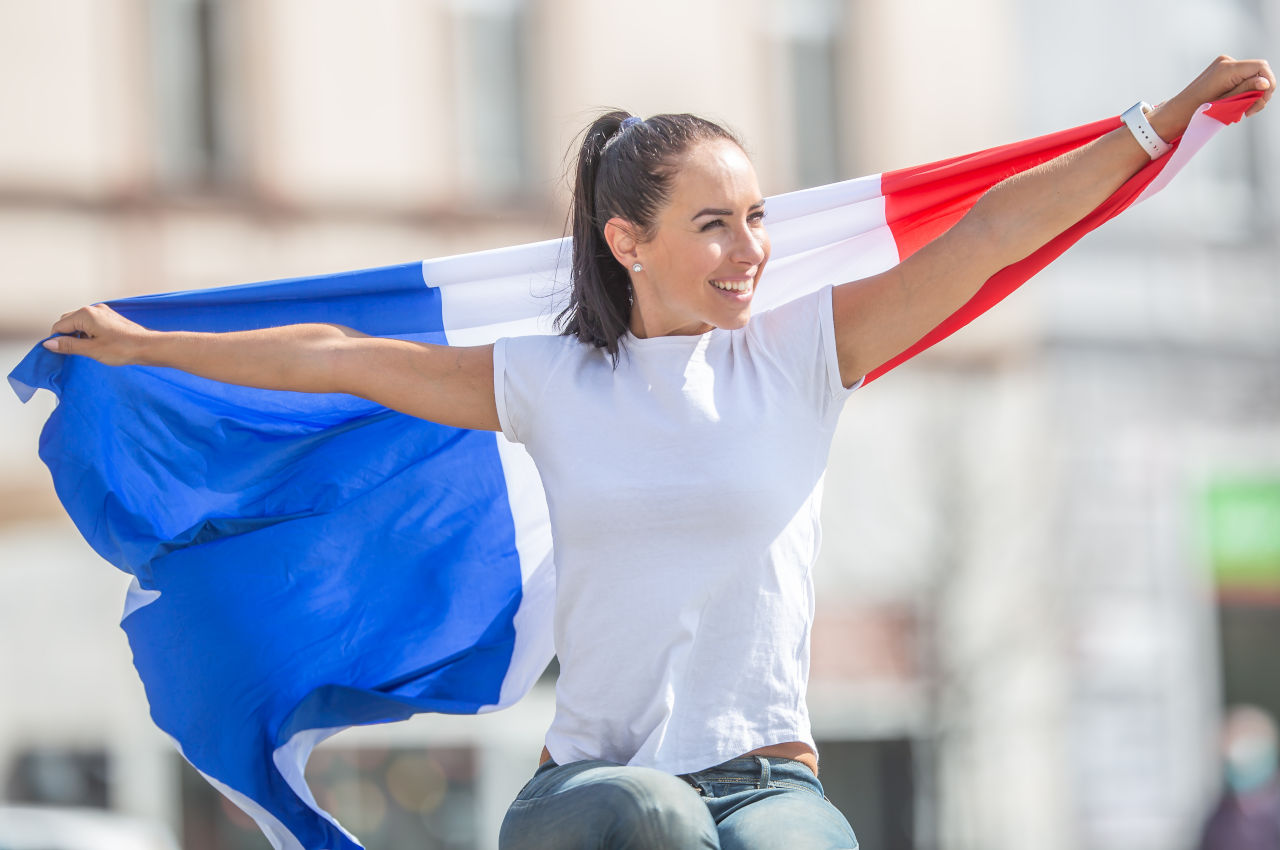 While we have already documented the progression of the RN's entrenchment in previous elections, we feel it has become necessary to speak of'establishment'. The difference between the two terms is not simply one of degree, but of nature. If entrenchment is a matter of voters, establishment is also a matter of elected representatives, apparatuses and other distributors of instructions.

The difference between the two lies in who expresses the recognition and legitimacy of the vote. In the first case, it is the voter. In the second case, it is the political-institutional offer. And this is precisely what we are going to show here, by focusing on the western Mediterranean coast, which gave the RN all the deputies in two departments, the Aude and the Pyrénées-Orientales. To these seven deputies were added seven others in the Gard and the Hérault, that is to say 14 elected deputies out of 22 possible. It is not by chance that these 14 constituencies crown the RN. In most of them, Marine Le Pen already had a majority in the second round of the presidential election.

What is new is that there was no differential demobilisation of the RN electorate between these two elections. Moreover, in six cases, RN candidates exceeded the percentage obtained by the Front candidate on 24 April. This progression is due to the extension of its geographical task from well known bastions: the Roussillon plain, the Biterrois, the Petite-Camargue, where the three outgoing deputies were located.

This deepening of the RN vote has conquered new related territories: the Aude valley (the Narbonne-Castelnaudary axis) and its foothills (Limoux); the Roussillon hinterland (Cerdagne, Capcir and Vallespir); the Gard Rhodanien and the Nîmes hinterland as far as the foothills of the Cévennes.

A plurality of causes

The explanation of the RN vote is based on a number of causes. For example, we know that the sociological composition of the RN vote in the south of France is dominated by citizens from the most modest part of the middle class, with low levels of education, many of whom live in suburban housing estates.

It is distinct from the more popular north. So the first cause of the RN's legislative success is to be found in... the relative silence of the working classes, which deprived the Nupes candidates of the capital they needed to resist it.

For the most part, the NR vote in the Midi is therefore not that of the people, in the sense of households identified by their objective social suffering. They massively abstain, especially in those poor urban areas where the RN scores the lowest. This has become more questionable in rural areas (3rd constituency of Aude,5th constituency of Hérault), where an employee and worker vote seems to emerge in its favour.

In this election, the second major cause is the ripple effect of the first, which could be described as 'ecological' in the sense that the criteria for analysis are population-based rather than individual-based.

Because of the recurrence of this vote at a high level over 35 years, a political culture takes shape, which contributes to constructing votes differently, to conforming to an ambient opinion, to relativising one's own political and family heritage.

The third explanation lies in the political register. The ambivalence or equivalence between an 'extreme left' and an 'extreme right', on the part of many eliminated Renaissance candidates, has replaced the idea of a 'Republican front' with that of placing the responsibility for one's choices, all equally valid, on the individual.

A legitimisation of the RN vote

This attitude recalls the dark days of the Languedoc right, which had twice allied itself with the National Front (in 1986 and 1998), in order not to leave power to the Socialist Party of a certain Georges Frêche. The vagueness of the instructions thus led to the legitimisation of the RN vote as a vote "like any other", which can no longer be called an electoral rooting, but a political establishment.

But what is perhaps most spectacular about this establishment is that it is not limited to the right and the political centre. In a region where dissident candidates from the left - Carole Delga comes to mind - were numerous against the Nupes, one could have assumed that the RN would have been penalized between the two rounds, wherever the dissident leftists were eliminated in the first round. However, the results of these legislative elections in Languedoc-Roussillon show that the presence of dissident left-wing candidates has rather played against the Nupes candidates. Should we therefore interpret the internal opposition to the left as an additional factor in the entrenchment of the RN vote and the institutional recognition of its candidates?

To answer this question, we estimated the vote transfers between the two rounds of the elections in the fifth constituency of Hérault. This estimation is based on an ecological inference model, which allows the calculation of individual statistical relationships from aggregated data.

When a left-wing commune falls apart

Our choice to focus on the fifth constituency of the Hérault is justified by several criteria. Historically the most left-wing constituency of the department, it is the one where the president of the departmental council, Kléber Mesquida, was deputy from 2002 to 2017, whose hegemonic position could be threatened by the election of the FI candidate under the Nupes banner, Pierre Polard.

Unsurprisingly, the dissident left-wing candidate (RDG), Aurélien Manenc, achieved the highest score among the other dissident candidates in the department in the first round (15.7%), just behind the outgoing deputy from the presidential majority, Philippe Huppé (17.1%). Pierre Polard managed to reach the second round with 24.3% of the vote, behind the RN candidate, Stéphanie Galzy (28.1%). In the second round, in the absence of a renewed mobilisation (50.6% turnout in the first round, 50.5% in the second), a rather unusual situation for an essentially rural constituency, the RN candidate won with 54.2% of the vote.

Our three maps show the geographical distribution, at the level of the communes of the constituency, of the estimated vote transfers from A. Manenc's voters to P. Polard and S. Galzy, as well as those of P. Huppé's voters to S. Galzy. Galzy.

The RN candidate's victory can thus be interpreted as the addition of two factors.

Firstly, the imperfect transfer of votes from the dissident candidate to the Nupes representative, estimated on average at 42.5% within the constituency. Secondly, the important vote transfers she benefits from the Renaissance electorate (48.1%), particularly marked on the right in a constituency where the LR candidate only obtains 2.8% of the votes in the first round, and where the Reconquête! candidate does not exceed 5% (4.3%).

But it is also interesting to note that the estimated carry-over from the RDG candidate to the RN candidate is not negligible either (20.3% on average). It is difficult not to analyse these results as the consequence, in addition to the socio-territorial specificities of the constituency, of the hesitations of the president of the departmental council to call for a vote in favour of the Nupes candidate. In this context, the candidate and now elected RN has in fact benefited from an institutional recognition, at least by default.

Another result suggested by our model estimates, which we will only quote here, concerns the differential volatility of the Nupes and RN electorates in this constituency.

While the RN candidate seems to retain on average nearly 80% of her electorate from one round of the elections to the next, the Nupes candidate retains only 62.7% of his electorate from the first round, of which nearly a third (27.8%) abstains from the second round. If this gap is undoubtedly due, once again, to the effects of the local context - 75% of Pierre Polard's electorate maintains its vote in the second round in Capestang, the commune of which he is the mayor, as well as in the surrounding communes - it can be analysed as an additional piece of evidence of the entrenchment of the RN vote in the constituency.

Although they must be understood in the light of the socio-political specificities of the former Languedoc-Roussillon region, the results presented here are undoubtedly the marker of a broader phenomenon of accelerated legitimisation of the RN within the French political landscape, through both the entrenchment of its vote and its de facto recognition as an ordinary offer by the other players in the electoral game.