Covid epidemic resumes: why Omicron BA.4 and BA.5 variants are spreading in France

Covid epidemic resumes: why Omicron BA.4 and BA.5 variants are spreading in France

Forgotten by the media for several weeks, the Covid epidemic is back in the news with the BA.4 and BA.5 variants taking hold in France, after their breakthrough in Portugal in particular. 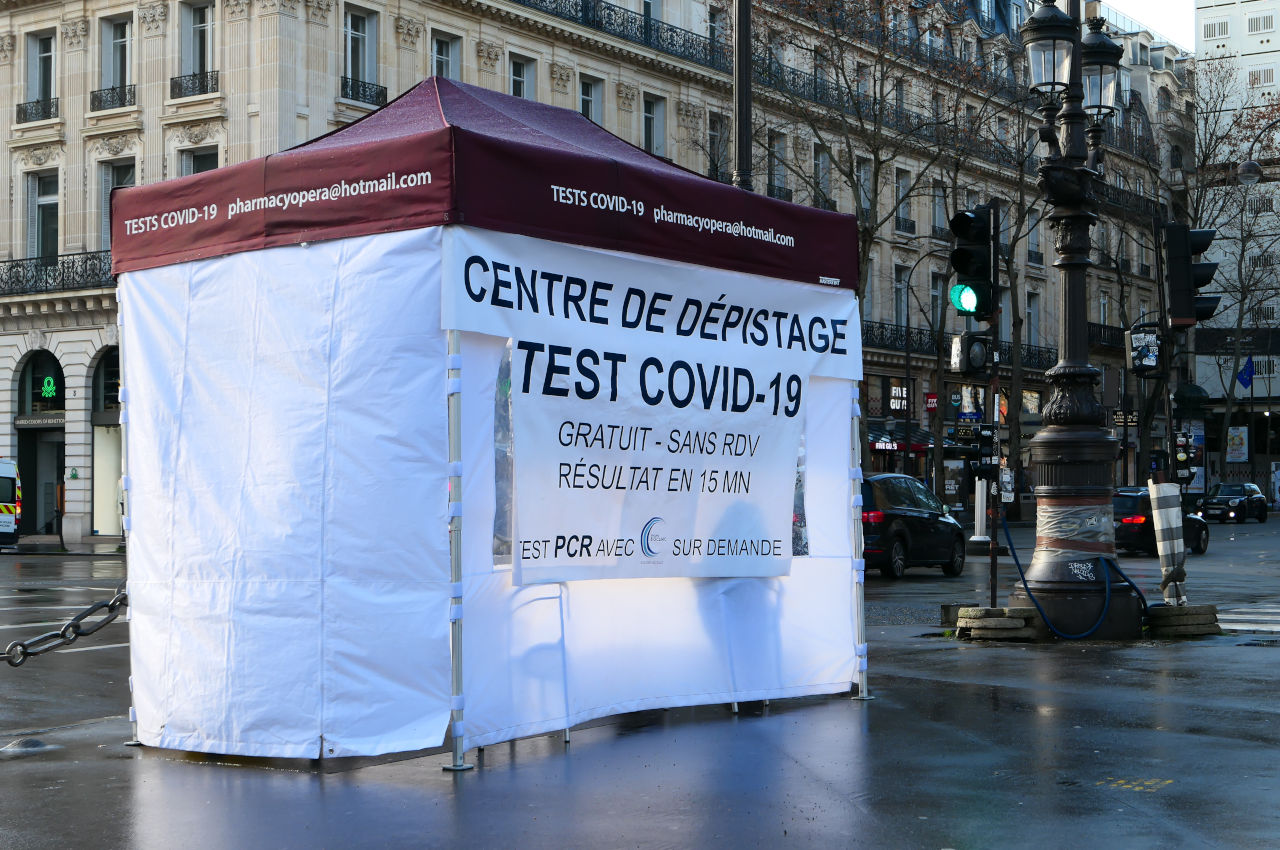 Specialists in the epidemiology and evolution of infectious diseases at the 'Infectious Diseases and Vectors: Ecology, Genetics, Evolution and Control' unit (University of Montpellier, CNRS, IRD), Mircea Sofonea, senior lecturer, and Samuel Alizon, director of research, describe the situation in France. What can we say about these variants? Will they cause a new wave this summer?

The Conversation: The Omicron variant, which has become the global majority, continues to spread and evolve. But its new avatars are now referred to as BA.1, BA.2, then BA.4 and BA.5.

Samuel Alizon: It's true that you can get lost in this profusion of nomenclatures! The Greek letters were introduced by the World Health Organisation (WHO) in 2021 with the Alpha variant. This is probably the worst classification, as it was developed without taking evolutionary biology into account. The Pango or Nextclade classifications are much more appropriate. By the way, WHO seems to have stopped its updates and groups all the BA variants under the generic term Omicron.

We have modelled the circulation of variant lineages in France in recent work (see above) and the first Omicron wave caused by the BA.1 lineage emerges by the end of 2021. This was quickly supplanted by the BA.2 lineage, which caused a second hospital wave in April 2022. Now it is the BA.4 and BA.5 lineages that are taking over.

Mircea T. Sofonea: These lines were identified in May, but they would likely have emerged during December 2021 in South Africa, potentially from BA.2, the majority line in France since March 2022.

While the BA.2 variant was as different from BA.1 as the Delta variant was from the Alpha variant, the evolutionary divergence between BA.4 and BA.5 is more limited.

However, even if the number of new mutations is limited, some of them raise questions. For example, the 452R mutation in the Spike protein is known to confer a greater affinity for the human ACE2 receptor, which the virus uses to enter our cells. The 486V mutation, also in the Spike protein, gives the virus a fairly high capacity for immune evasion.

However, caution should be exercised when applying analogy to single mutations. The effect of the latter is neither absolute nor cumulative; it depends on the genotype as a whole, with potential synergistic and antagonistic phenomena, even for distant positions on the genome (we speak of epistasis).

TC: Are these mutations innovations in these variants, or do BA.4 and BA.5 'pick and choose' from all the possibilities that have been tested by their predecessors - Delta, Gamma, Beta, Alpha?

MTS: It should be remembered that Omicron is not the descendant of previous variants, but a distant cousin, and that viruses do not mutate in a voluntary or directed manner. The mutations detected in the genome of a new lineage occurred by chance.

The 452R mutation was not present in the BA.1 or BA.2 lines, but was found in the Delta variant. It is one of the three mutations sought in the screening tests currently performed on all positive PCR tests in France.

The 486V mutation is not associated with any of the lineages circulating in our species, but so-called deep mutational scanning experiments, which involve generating proteins with mutations, had identified it as potentially involved in immune evasion.

SA: Regarding the differences between variants, two genetic mechanisms are involved: mutations and recombination. The latter allows for the shuffling of entire portions of the genome when two viruses of different lineages "co-infect" the same host.

At the biological level, several hypotheses coexist to explain the emergence of variants: increased circulation in a population, the involvement of an animal reservoir or chronic infections in immunocompromised people. The latter are unable to eliminate the virus, which therefore causes longer and more lethal infections. A pre-publication (which should be taken with caution, as it has not yet been peer-reviewed) by a New York team describes the intra-patient evolution of a BA.1 virus with the accumulation of key mutations and, above all, its transmission to at least five other people.

In the case of BA.4 or BA.5, as their differences from BA.2 are quite limited, they could be mutations fixed as the virus circulates.

TC: Why are BA.4 and BA.5 now spreading in France?

SA: It is easy to estimate a growth advantage of one lineage over another in a population. According to our team, the advantage of BA.5 is about 9% in France compared to BA.2.

However, it is not clear where this advantage comes from. Does BA.5 spread more because it is more contagious? Or is it because it escapes immunity better? A pre-publication by a Japanese team and a publication by a Chinese team highlight the role of immune escape, in particular via the 486V mutation.

Whatever the origin of this advantage, it may contribute to an epidemic rebound in France.

STDs: A second mechanism is also at work in France: anti-SARS-CoV-2 immunity - essentially hybrid, i.e. both post-vaccination and post-infection - declines over time since the last immunogenic event (whether infection or vaccination).

While the protection conferred by an Omicron infection or a3rd dose of vaccine remains significant after five months in relation to a severe form, it is very much diminished in relation to any infection. The susceptibility of the population to the virus (i.e. the counterpart of herd immunity) is therefore reconstituted over time, opening up the possibility of a repeat epidemic.

In summary, BA.4 and BA.5 spread as our immunity ages, and do so more rapidly than BA.2, because they have a double advantage of contagiousness and immune escape. BA.4 and BA.5 therefore induce a wave earlier than BA.2 would have done.

TC: The situation in Portugal may have been worrying. But can we learn from trends in other countries?

MTS: I have reservations about cross-country comparisons: they are increasingly difficult, because current circulation depends not only on the health measures in place, but also on the epidemiological and immunological history, which is increasingly different from one country to another.

At the level of France, it is even still difficult to compare quantitatively the slackening of measures contributing to the recovery, and the summer context which limits it, with longer and warmer days favouring social interactions in the air.

SA: Portugal is one of the European countries where the BA.4/BA.5 wave is most advanced and accompanied by an increase in hospitalisations. It is not clear why it started so early, but as with all epidemic starters, the role of random events such as super-propagation is probably important.

TC: Can we anticipate the consequences of these replacements between variants on future epidemic peaks?

SA: In 2021, in France, a new variant replaced the old ones, because it was more contagious. Since December 2021, immune evasion has been leading the way.

This makes scenario modelling difficult. Our team's models, as well as those of thePasteur Institute and thePierre Louis Institute of Epidemiology and Public Health, already take into account the vaccination coverage in the population and the percentage of people who have had a natural infection.

On the other hand, including the time since the last vaccination or natural infection is a challenge, because after two years of pandemic, two vaccination campaigns and a huge BA.1 wave, everyone now has a different immunity!

MTS: We have developed tools to take into account this heterogeneity of immunity in populations. Given our constraints, we are currently focusing on the long term, but in theory it should be possible to use this framework to explore prospective scenarios in the short term.

For the moment, it is difficult to say what the exact scale of the new epidemic wave will be. This wave, in the genetic or virological sense, is already well advanced and BA.5 will probably become the majority by 20 June. If we can count on the summer to reduce the incidence compared to the winter, it will not, on its own, prevent a wave of contamination. As a reminder, one of the peaks of circulation in France remains August 2020, and the 4e wave (of Delta) had peaked in July 2021.