While water is a major global issue, water policies remain rather absent from the public debate and are often misunderstood by citizens. What are the logics behind these policies? What are the power relations that run through them? Explanations with Sylvain Barone Sylvain Barone and Pierre-Louis Mayaux, political science researchers with G-EAU* and authors of the book Les politiques de l'eau. 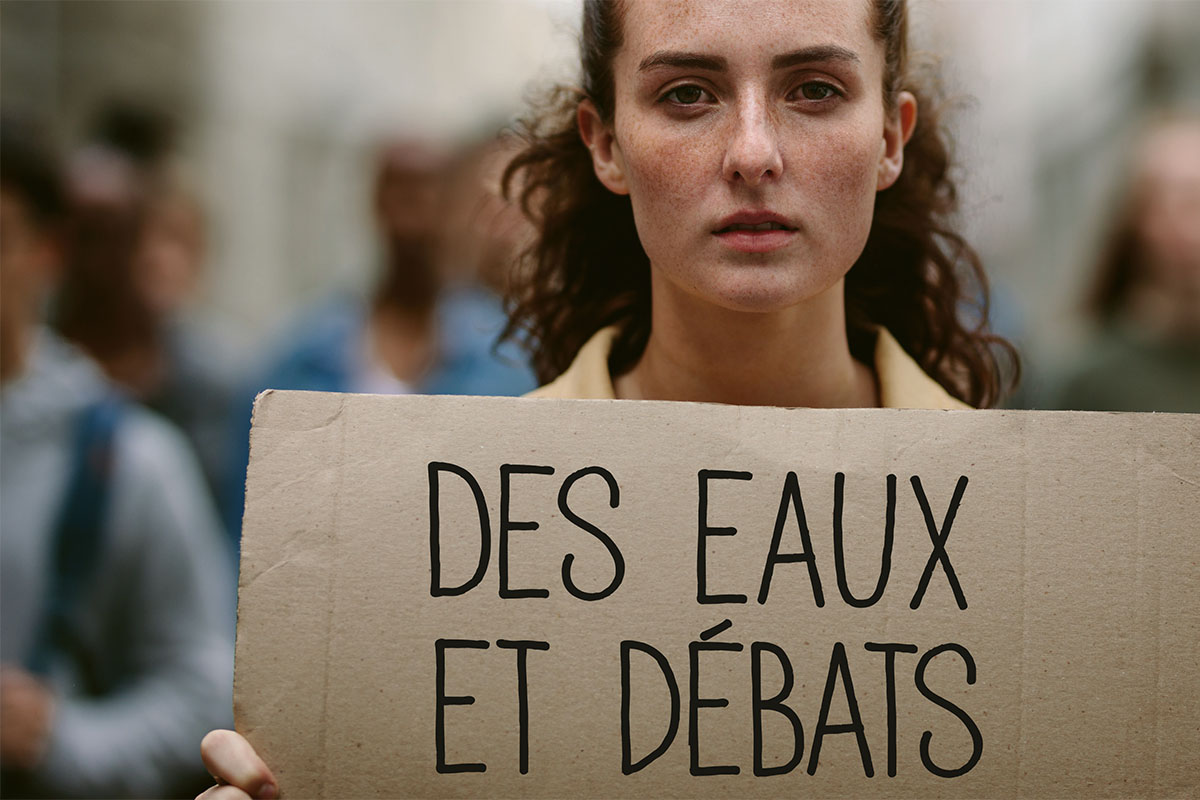 With the presidential elections just a few months away, what place do you think water has in the public and political debate in France?
S.B: Relatively discreet... The only political groups that have made it a real campaign issue are La France insoumise, from the perspective of the common good, and Europe Ecologie Les Verts, from the perspective of environmental protection.

How do you explain why this issue mobilises so few citizens?
P.L.M.: We saw with the water shortages in 2015 in Sao Polo or in Cape Town in 2017 that the debate is immediate when drinking water runs out. This is not yet the case in France. Moreover, water represents a much smaller budget item than energy or telephony, including for companies. However, this observation of a low level of politicisation must be put into perspective: almost everywhere in France, associations are fighting for the preservation of the resource, and the subject of agricultural water in particular is beginning to mobilise a large number of people, as can be seen with the opposition to water reservoirs in the Deux-Sèvres.

The debate often crystallises on drinking water, whereas these water policies cover a much wider spectrum. Why is this?
S.B.: Drinking water, sanitation, what we call the small water cycle, is the policy best identified by citizens. The large or natural cycle, which concerns rivers, natural environments and groundwater, is less debated. One reason is that the small cycle often affects daily life more directly.

Yet we talk about integrated water resource management (IWRM)?
P.L.M.: Yes, water policy in France still follows the IWRM reference framework that was imposed internationally in the 1990s. This management seeks to reconcile all uses on the scale of a large catchment area, a large river. From the start, this movement was based on the idea that users and companies should participate in water management and not leave the State alone in charge of water policies.

And how does this user involvement translate into action?
S.B.: France was a pioneer in this field by setting up basin committees in the 1960s at the level of large river basins. These are deliberative bodies that bring together elected officials, State services and representatives of water users. They play a major role in the orientation of water policies. However, this type of mechanism, which can also be found at the local level, should not mask the existence of much more discreet negotiation strategies between certain players.

Over the last few years, we have had the impression that citizens are calling for more public and less private services...
P.L.M.: Yes, there has been a real movement towards a return to public service management since the pioneering experience of Grenoble in the early 2000s: Paris, Bordeaux, Montpellier, Nice...

When it is not yet done, it is on the agenda, in the programmes of green parties and left-wing parties in general. In South America, there have also been a few large protest movements against the big private water companies, culminating in the emblematic cancellation of the Suez contract in La Paz in 2005 (see A look back at the withdrawal of Suez from La Paz-El AltoP-L.Mayaux).

These water multinationals, Veolia, Suez, Saur, they are French, by the way...
P.L.M.: Yes, for rather complex historical reasons, France has a great deal of experience in private water management, which is rather amusing because in the imagination, we often associate France with the State; yet on a global scale, it is one of the rare countries to have developed a very powerful private sector in the small water cycle. When the World Bank speaks of the French model, it is the model of private management.

Isn't it also because water is a technical subject that we leave it to the private sector?
S.B.: I would say first of all that we should not leave technology to the technicians! It's a real democratic issue. The discourse on the technical nature of water suits certain actors who use it to marginalise elected representatives and citizens. To answer your question, technology is not the prerogative of the private sector and is not the only argument in this debate. In particular, there is a demand for transparency with the idea, which should be qualified, that public management would in itself be less opaque.

Water policies in France are steered by the Ministry of the Environment. Are we pursuing an ecological policy?
P.L.M.: The environmental issue is much higher on the agenda in France and Europe than in the rest of the world, where the trend is more towards supply-side logic to ensure the sustainability of economic activities. More and more water is sought, further and further away, without questioning consumption. We see mega-dams from China toEthiopia, in the Maghreb or in the western United States...

Yet here too you warn...
S.B.: For the past 30 years, water policies have been presented more and more as environmental policies. They have produced undeniable positive effects for the natural environment. Just think of all that has been done in terms of sanitation. But the march towards greening remains reversible at all times. The relaunch of the policy of reserving water for agricultural irrigation, pushed by powerful coalitions of actors, is a good illustration of the power relations that structure these policies.

What interest do public authorities have in keeping these issues invisible?
S.B.: Keeping 'black boxes' closed means protecting negotiations, or even historical compromises between the state and certain social groups. Opening them means taking the risk of undermining these compromises, and perhaps sparking collective mobilisations.