Diversifying the civil service with the Talent Prepas

Diversifying the civil service with the Talent Prepas

Next September, the Montpellier Institute for General Administration Preparation (IPAG) will host three Talent Prep courses. The aim is to combat the self-censorship of young people in the face of competitive examinations and to diversify the senior civil service by facilitating the integration of people from less or less privileged social backgrounds. 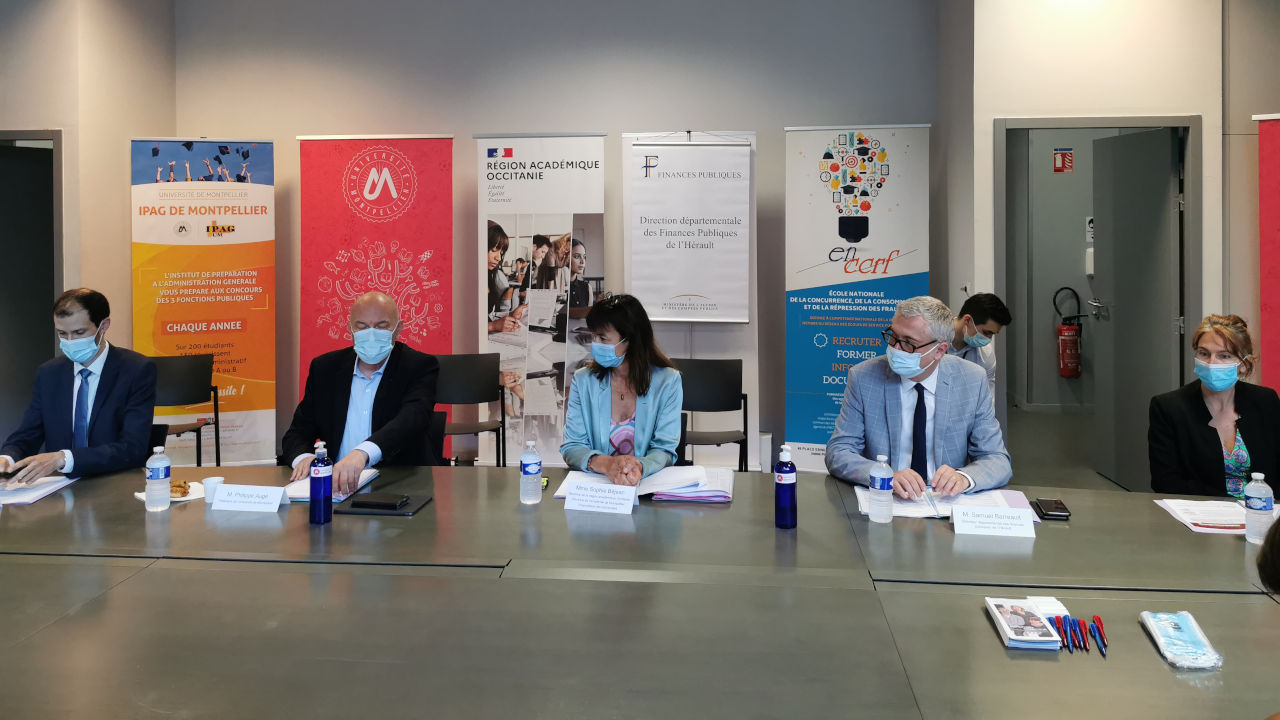 In 2019, the proportion of students at the Ecole Nationale d'Administration (ENA) with a working class parent was 1%, compared to an average of 73% with a parent from a higher intellectual background. At the National Institute of Territorial Studies (INET), the proportion of students from a higher intellectual background was on average 67%.
There is a lack of diversity in the civil service, and for a long time there has been an "entre-soi" which explains the self-censorship to which some students from less privileged backgrounds are subjected," says Nicolas Marty, lecturer and director of the Institut de préparation à l'administration générale in Montpellier (IPAG).

Psychological obstacles, but above all financial and material obstacles, the teacher points out: " Depending on where we live and the income we have, we are not equal when it comes to studying. It is more often the children from the middle and upper classes who can afford the training and thus enter the public service. We need to help students and structures to diversify the public and achieve real equality of opportunity. To fight against this reproduction of elites, the Ministry of Transformation and the Civil Service and Mesri are setting up seventy-four talent preparation classes from the start of the 2021 academic year, including three at the IPAG in Montpellier.

" These 74 classes represent 1,700 places nationwide, i.e. 1,000 more than in the integrated preparatory classes (CPI ), the previous scheme which already allowed our students to be recruited on the basis of merit and resources," says Nicolas Marty. The desire to diversify the civil service is not new, but with the Talent Preparatory Classes, the scheme goes even further by proposing a doubling of aid for the students selected, which increases from €2,000 per year to €4,000. This aid can be cumulated with the classic grants, awarded on social criteria.

In the same way that each civil service school had its own CPI, the Talent Prep classes will be directly linked to the administrations for which they prepare students. Thus, Montpellier is renewing its partnership with theRegional Institute of Administration of Bastia, the reference for the South of France, and with the National School of Competition, Consumption and Fraud Control(ENCCRF). A third class will be opened in partnership this time with the Hérault Departmental Directorate of Public Finances(DGFiP). "Hosting these Talent Prep classes is also an opportunity for the UM to strengthen its partnerships with important administrations. This synergy between the academic and professional worlds is a real success factor.

Another novelty compared to the former ICCs is the introduction of internships and reinforced tutoring for each student by a current civil servant. " These are more like mentors. We will choose them from among IPAG's current partners or among our former students who have become civil servants," explains Nicolas Marty. The internships will be offered directly by the course so as not to introduce inequalities between students. As with the CPI, however, the number of students will remain relatively small: 40 students in all in Montpellier for these three Prépas Talent classes, in order to promote reinforced pedagogical and methodological support.

How will these students be recruited? "First of all, parity will be favoured, which is essential, and the candidates will have to have a minimum of L3 level. They can come from a BTS, a master's degree, or from the professional world... The profiles and ages are very varied," says the teacher. Then there is the criterion of resources, with a ceiling of €33,100 per year. " We are targeting two groups: students with grants and jobseekers," continues Nicolas Marty. Merit" will also be assessed by taking into account place of residence and family responsibilities. " We want to offer equal opportunities to those who find it more difficult to study. This desire is in line with the equal opportunities and professional integration policy developed by the UM.

With the support of the Ministry of Transformation and the Civil Service, material resources will also be made available to students in order to avoid a breach of equality at this level: loan of a laptop, 4G key, subscription to the press (Le Monde, Les Echos, Acteurs publics, etc.), textbooks and school books, etc. "In short, all the resources that students from more affluent backgrounds would have at their disposal. The competition itself is very egalitarian since it is the same for everyone, but the paths to get there can be very different, concludes Nicolas Marty. We will soon see the first classes entering the administrations with a more visible effect on the face of the civil service.