# La Science s'aMuse: From the decline of the dinosaurs to the end of the season

# La Science s'aMuse: From the decline of the dinosaurs to the end of the season

Welcome to La Science s'aMuse, the scientific programme co-produced by the UM and Divergence-FM, which throughout the year has taken you on a cruise through the archipelago of Muse laboratories. For this last issue of the season, Fabien Condamine, a biologist at theInstitute of Evolutionary Sciences in Montpellier, talks about his latest study published in Nature Communications, on the decline of dinosaurs. 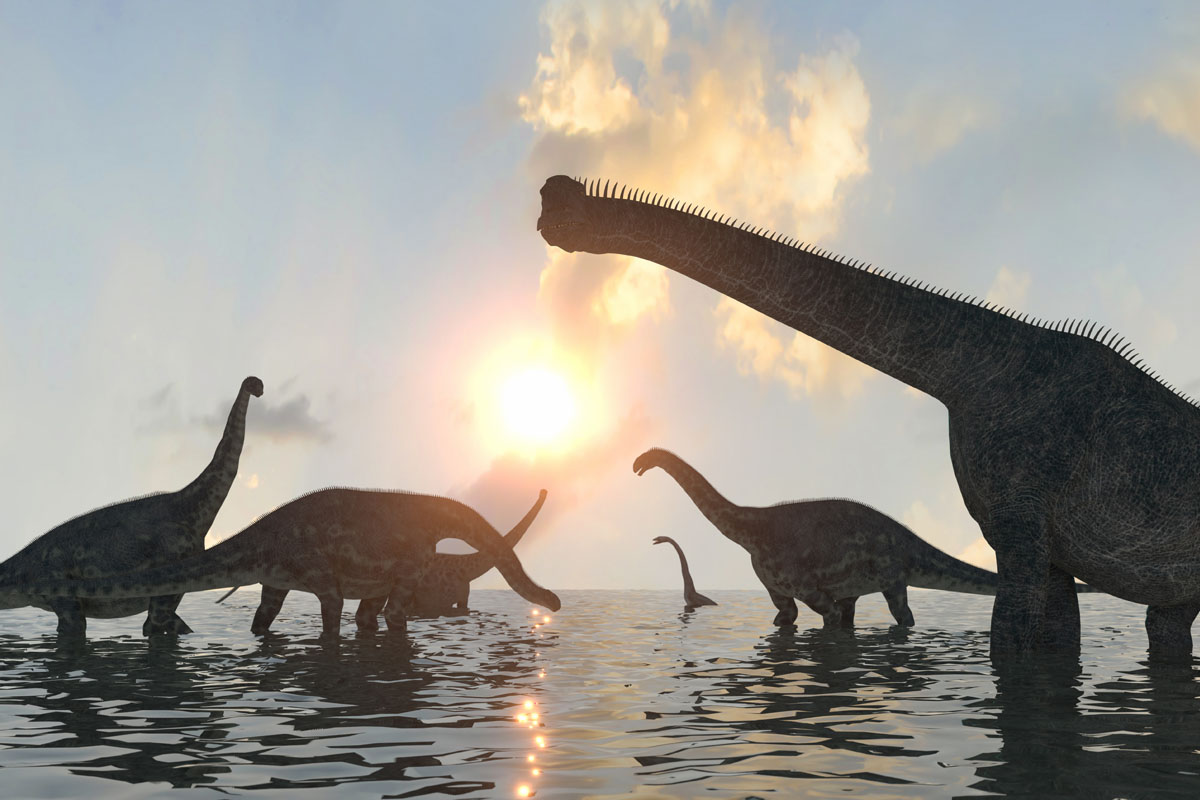 And for this last stop of the season, we are heading for a lost world! Today we bring you adventure, science and danger. Our story takes place 66 million years ago. While we are sailing on the Tethys Sea, between Laurasia and Gondwana, the Earth belongs to the triceratops, diplodocus and velociraptors. Not for much longer! An asteroid about 12 kilometres in diameter crashes into the Yucatan Peninsula, triggering a worldwide cataclysm that will precipitate the fall of these giants and two-thirds of the species inhabiting the planet. We are in the Cretaceous period and we are witnessing the end of the secondary era, otherwise known as the Mesozoic era.

A tragic scenario that has never ceased to inspire Hollywood, from Jurassic Park to Ice Age, for the pleasure of an audience tirelessly seduced by the fate of these large beasts. Except that... If dinosaurs are still very much alive in our imaginations, perhaps they were no longer so dashing at the time of the tragedy? Indeed, a study published on 30 June in Nature Communications tells us that ten million years before their extinction, the decline of these fascinating creatures already seemed to be well underway. The cause of this slow disappearance? A reorganisation of ocean circulation, which led to a 7 to 10 degree drop in global temperature. To trace the course of these 'cascading extinctions', Fabien Condamine and his colleagues atIsem used the fossil record and a brand new statistical modelling method: the PyRate programme. He tells us more in this fascinating, long-form interview.

Starting next week, Divergence-FM's summer schedule on 93.9 invites you to listen to La Science s'aMuse again at the beach, by the pool, at the foot of a mountain or in a canoe, in short, wherever the summer wind takes you. Thank you all for following us throughout this season. See you in September for a new trip.