The challenges that aerobatic flight imposes on pilots' bodies

The challenges that aerobatic flight imposes on pilots' bodies

Our species is acclimatised to a world of constant gravity - in this case, a pervasive force of acceleration arising from the Earth's attraction (the unit of gravity, g, is 9.81 m/s2 ). There are, however, circumstances where our bodies are subjected to more than the classical Earth gravity... This is again a matter of acceleration. 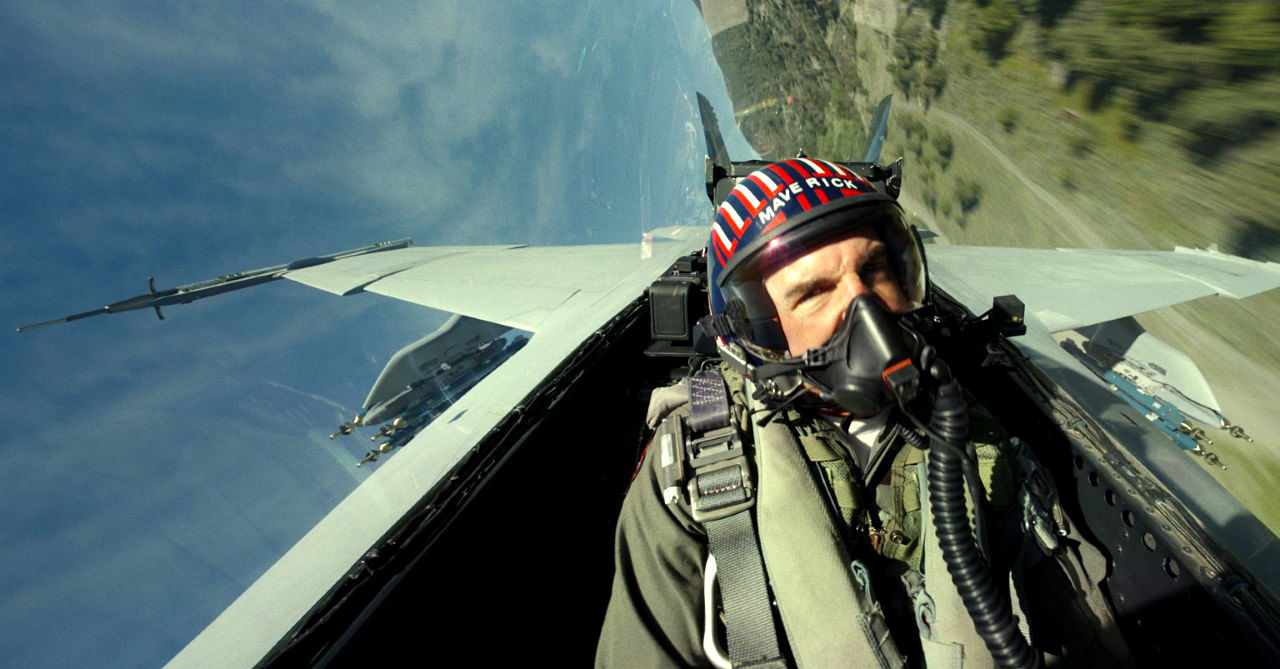 In aeronautics or the automobile industry, specialists refer to the G (for gravitational), or load factor, as the unit of acceleration. And its effects can be formidable.

As children learning to walk, we soon discover that a misstep will eventually result in a painful impact with the ground due to gravity. When we get on an aeroplane, without crashing this time, everything we have learned about gravity and are used to changes abruptly. You only have to watch Pete 'Maverick' Mitchell's final aerial circumnavigation in the latest Top Gun to see this.

Flying is about overcoming gravity to rise into the air, and speed is essential. Any aeronautical manoeuvre can therefore expose our bodies to significant accelerations, with notable repercussions on the cardiovascular, cerebral and joint levels. Some aircraft are capable of reaching 12G, with acceleration rates in excess of 15 G/s!

How many G's do we experience in our daily lives?

Such figures are of course extremes. When standing still on the ground, the acceleration felt is 1G. This is fine. At 2G, for example when taking a 60-degree inclined turn, there is already a moderate feeling of compression on your seat, a difficulty in moving. A person weighing 80 kg on Earth (considering this to be a 1G situation) will feel like they weigh 160 kg if they experience 2G. From 8-9 G, it is impossible to move one's limbs, except for the extremities.

In fact, there are three main types of Gs in three axes of space. We can experience lateral Gs (Gy) during a turn as a result of centrifugal acceleration pushing us outwards. For horizontal acceleration or deceleration, we speak of Gx. Finally, Gz occurs during a descent of the aircraft or following a sudden climb. We are particularly sensitive to these accelerations in the vertical axis (Gz), i.e. from head to toe, since this is where we feel the force of the earth's gravity necessary to maintain its balance.

To further complicate the situation, for all three axes, positive but also negative G's are possible... Whether turning for a car or vertically for an aircraft, a resistance to movement, the force of inertia, is added to the actual weight due to gravity to give the "apparent" weight of the aircraft in flight. When the apparent weight in motion is greater than the actual weight, the load factor is greater than +1G. However, if the aircraft is flying on its back, for example, the load factor is expressed as a negative -G.

To calculate the Gs to which they are subjected, aircraft pilots, who are particularly exposed, are equipped with three-axis accelerometers: they can thus know in real time what they are experiencing.

How our bodies deal with gravity in normal times

The aircraft pilot is subject to a wide variety of physiological effects during flight due to the combination of acceleration and gravity. They are inherent to the inertial forces generated by acceleration and apply to all organs of the body, and in particular to thecardiovascular system: the heart (the pump), the vessels (the circuit), the blood (the fluid).

Blood circulation ensures the transport of oxygen, which is essential for the proper functioning of the organs. The brain is particularly demanding in this area, both in terms of consumption (it is greedy) and the regularity of its supply. It does not like jolts, surpluses or shortages!

On Earth, there is a complex mechanism for controlling and adapting all the machinery that ensures a regular, well-oxygenated blood flow at a constant rate to the brain, whether at rest or under stress: this is cerebral self-regulation. Any variation in blood pressure is therefore without consequence. But this beautiful balance has its limits... Acceleration in a turn, braking or, a fortiori, aerobatics will greatly disturb it.

The ability to maintain a resilient cerebral blood supply in the face of repeated exposure to increased load factors is therefore a critical issue for pilots who are outside of normal everyday conditions.

When our physiological adaptations are no longer sufficient

The risks were identified, albeit poorly explained, over a century ago. In 1918, the first acceleration-induced disorder was experienced during the Schneider Cup air race where a sharp turn had to be taken. First described as "air sickness", it is now known as "G-LOC", or "G-Loss of Consciousness", and involves confusion and impaired judgement as a result of a temporary abolition of cerebral circulation. This condition occurs at +4.5-6G in the trained pilot.

As the heart is in the thorax, in an upright position (standing or sitting), the vascularisation of the brain, positioned above it, requires the blood flow to struggle against its own weight (hydrostatic pressure) to move upwards from one to the other. In the presence of +Gz, the force of inertia oriented on the head-foot axis will add to the hydrostatic force and aggravate the situation by opposing the movement of blood from the heart to the head.

Above +3Gz maintained for more than ten seconds, our self-regulatory mechanisms are overwhelmed, with the immediate consequence of reduced vision and mental performance. This can result in visual disorders such as "grey haze" (from 3-4.5G, due to reduced blood flow in the retina and peripheral vision) and "black haze" (from 4.5-6G, with blood flow cessation).

Negative accelerations (-Gz) cause the opposite adaptation mechanisms to those of +Gz, accompanied by a more unpleasant feeling and greater perceived fatigue.

But the main problem lies in the rapid succession of -G and +G at high values ("push-pull" effect), as in aerobatics, which is particularly badly tolerated. This is due to the disruption of our adaptive mechanisms and our greater sensitivity to the phenomena of sail and/or loss of consciousness that can occur as early as +2Gz.

If the response of the cardiovascular system does not keep pace with the onset of Gs, the pilot's performance will be degraded to the point of unconsciousness. To avoid this dangerous end, studies have helped to better understand the limits of our adaptive capacities and to develop techniques to overcome them.

The establishment of +Gz-time tolerance curves allowed comparison of asymptomatic and symptomatic individuals. The upper limit of these curves, marked by loss of consciousness (LOC-G), is a key factor in our physiological response to accelerations.

It was found that if the increase in acceleration is gradual, visual symptoms precede cerebral symptoms. However, for accelerations above +7Gz reached rapidly, loss of consciousness is not preceded by warning signs. Indeed, if the rate of acceleration is sufficiently low, the cardiovascular reflexes can, at least partially, compensate for the changes in the circulation. The tolerance threshold is thus increased.

In general, it has also been found that the sensitivity of individuals to these effects is variable and can be modified with practice. Several factors can affect tolerance to acceleration.

If the heat is not too great, a well-rested, hydrated and physically fit rider will be able to tolerate +5Gz. This is because the volume of blood circulating in the body is greater and more available, making it easier for the cardiovascular system to keep the brain perfused with oxygenated blood.

... To overcome them: training for expert pilots

Expert pilots also use musculo-respiratory movements: head tucked into the shoulders and leaning forward to reduce the height of the hydrostatic column, contraction of the abdominal muscles and lower limbs to slow down the flow of blood, intrathoracic overpressure by expelling air or with the diaphragm and neck muscles tightly contracted.

A regular physical training programme including a mixture of endurance and strength exercises also increases the pilot's tolerance to the effects of Gs. Important factors to consider are core strength and aerobic capacity. Any aerobic endurance activity (even apnea or altitude) is good for the cardiovascular system.

Core strengthening exercises (sit-ups, push-ups, pull-ups, sit-ups) and especially those that strengthen the neck muscles are a must: high G's make the head weigh more than normal, and with a helmet, that's a lot of weight to carry. Pilots of the fastest and most agile aircraft must constantly monitor their external cues and change their head position during manoeuvres.

Aerobatics is responsible for the appearance and/or aggravation of spinal pain. Muscular reinforcement to cope with repeated strong accelerations is essential for these pilots, who are considered to be high-level sportsmen and women and who operate in extreme environments.

In addition, several tools can improve individual tolerance to acceleration. Developed early in the world wars, anti-G trousers, by applying counter-pressure to the lower body in response to acceleration, ensure sufficient venous return. However, these devices only treat +Gz and are inappropriate in aerobatic aircraft due to their weight.

Other innovative devices are being developed by research centres and companies in the sector. This is the case of the work carried out by EuroMov Digital-Health in Motion and the company Semaxone, which is developing algorithms and sensors to measurecerebral oxygenation live in order to anticipate changes in the tolerance of pilots to acceleration.