For the second year in a row, a team of UM students won a medal inIGEM, the major international synthetic biology competition offered by MIT. 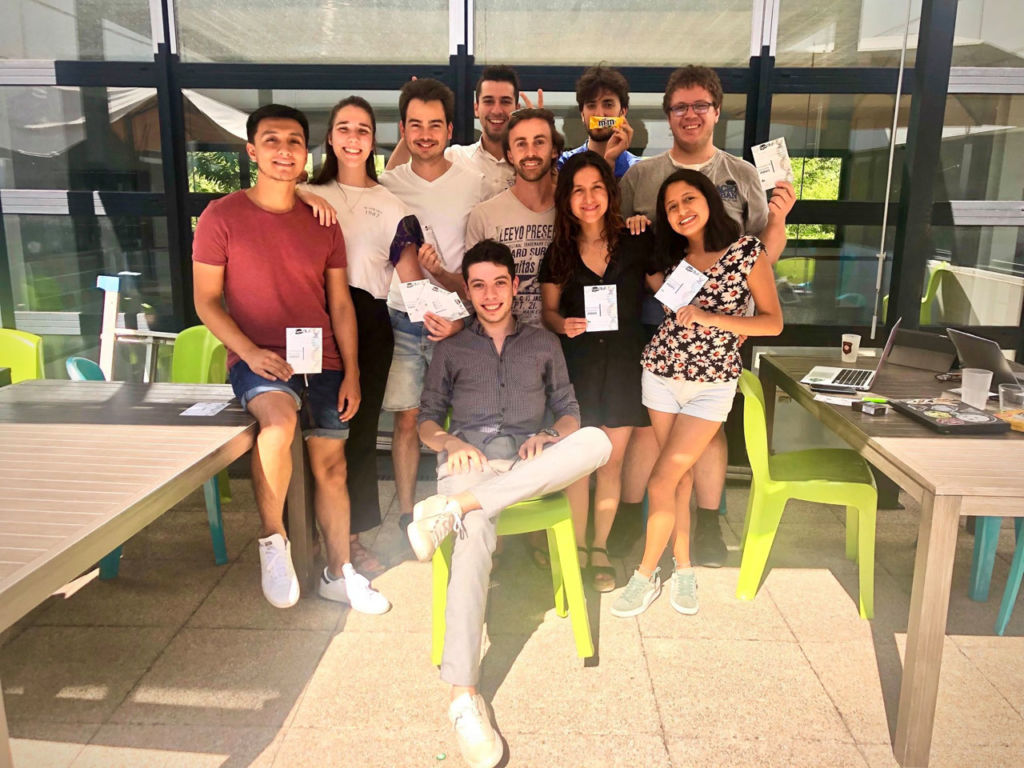 The 14 students, who were in Boston on 5 November, worked on a new medical molecular tool. A protein scissors that could have many therapeutic applications. Name of the project: Karma!

Coming from Sanskrit, the term karma could be translated as 'action'. This word sums up the energy of this new team from Montpellier, which took part in the prestigious International Genetically Engineered Machine competition (IGEM). In Boston, it defended its project against 340 teams selected from 40 countries, including Stanford and Oxford.

Elsa Frisot is a PhD student at the Centre for Structural Biochemistry (CBS). She took part in the competition last year with the Vagineering project and wanted to repeat the experience as a supervisor this time. "We selected the candidates on the basis of their applications in January. There are many biologists who apply but all students can participate, we need computer scientists, communicators, lawyers, graphic designers...".

Once the team was formed, the fourteen young researchers had to develop a research project. Inspired by the CRISPR cas 9 tool, a genetic scissor that can target and cut a specific DNA sequence, they came up with the idea of designing a molecular tool that works like a protein scissor.

"In many pathologies such as cancer or Alzheimer's disease, research has identified the role played by certain proteins in the development of the disease," explains Thomas Bessede, a student in the BIOTIN Master's programme (Master's degree in health biology). Current drugs use chemical molecules to break them down. The problem is that these do not always simply destroy the offending proteins and therefore cause side effects.

Molecules capable of breaking down proteins also exist in our body, these are called proteases. Some of them are very specific and can effectively target a type of protein. Unfortunately," Elsa Frisot explains, " we don't have a specific protease for each type of protein, and there are aspecific proteases, but here too there is a risk of side effects.

Karma: a protein scissor merging a protease and the 'seeker head' of an antibody called VHH

The students then imagined an association between these non-specific proteases and antibodies, whose strength is that they are really designed to target a protein. "Today in the lab we are able to design antibodies for everything. Each antibody has the ability to bind to a specific target thanks to a small part called the VHH," describes Thomas Bessede. A VHH that functions as a sort of 'seeker head' that the IGEM team has therefore fused with the protease in order to bring it to the desired target.

To test this concept in the laboratory and prove that their scissors were indeed capable of cutting a protein at the desired location, the biologists had only three months to do so - a real challenge! They used GFP, a protein capable of scattering green fluorescent light, to which they added a small tag blocking this fluorescence. "Our VHH was designed to target a specific motif placed on the tag. The aim was to guide our protease onto this tag to degrade it and allow the GFP to glow again. That's what happened, so we have proof of concept," says Thomas.

The experiment was then confirmed using the same VHH but this time replacing GFP with another protein. "As our VHH was designed to specifically target GFP, it should have had no effect. Here again we confirmed our proof of concept," concludes the biologist.

Although the Montpellier team was not expecting to win the Grand Prix in the face of competition from the major Anglo-Saxon universities, they were nevertheless aiming for a gold medal. And so it is done! "It's a great project and we met all the criteria! These criteria do not stop at the scientific dimension of the project. The MIT competition also wishes to highlight other aspects of the research, such as fundraising with private and public partners, the construction of a website and scientific communication.

"Throughout the summer, we promoted science to the general public by travelling around the region in a caravan," explains Elsa Frisot. The team also took care of the ecological aspect by creating, in partnership with students from Nantes, an educational work of art from all the waste generated by their experiments. "In just three weeks, we generated 20 kg of plastic. Science pollutes a lot, so we also wanted to raise awareness of this lesser-known aspect of research," Thomas Bessede points out.

Recognised and rewarded, the KARMA project is now waiting in the fridges of the CBS with the hope that a motivated researcher will extend the experiment to develop its full potential. An adventure to be found on theIGEM 2019 website.