The formula of bronze by the chemists of the UM

On March 27, ten students from the Faculty of Chemistry created a surprise by winning third place in the French Chemists Tournament. The only university represented in a competition dominated by the grandes écoles, they were able to perpetuate the tradition of the alchemists by transforming their iron will into a bronze medal. 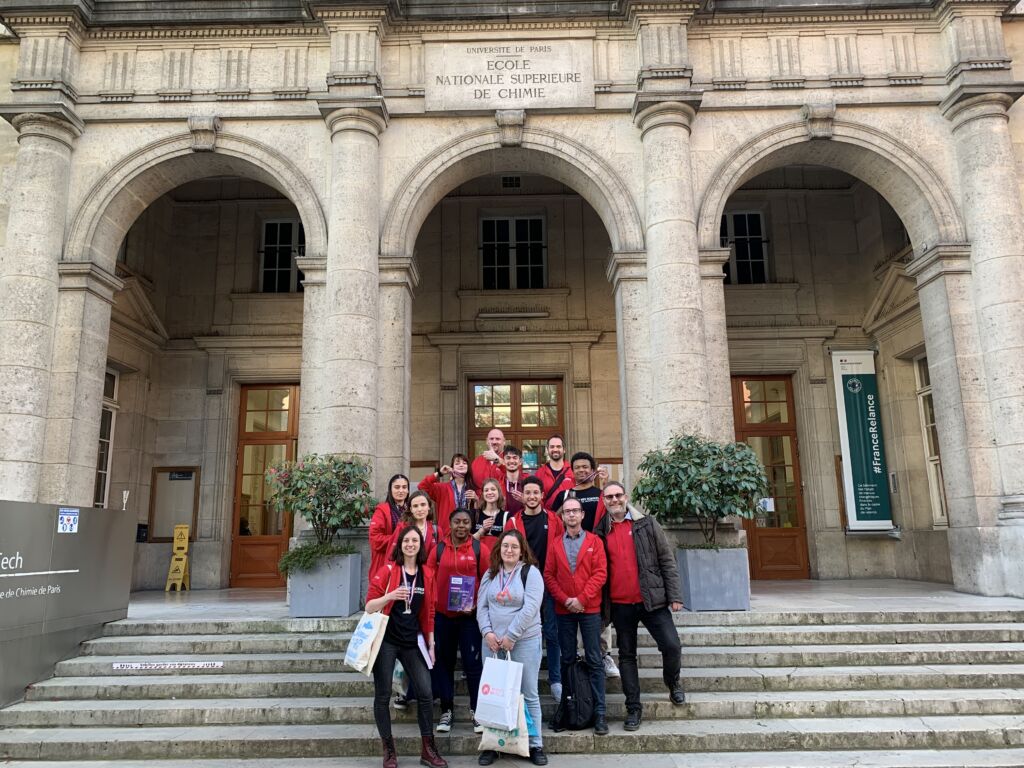 " This tournament is a somewhat closed club between very large schools, but this year we managed to slip into the selection " explains Jean-Sébastien Filhol. For this teacher-researcher in the chemistry department of the Faculty of Science in Montpellier, the objective of participating in the competition was twofold: to introduce a bit of competition into the teaching process by offering this challenge to the students, and above all "to show them that they have no reason to devalue themselves compared to students from engineering schools. Around him, a pedagogical team just as motivated as he is: Jean-Yves Winum, Claude Niebel and Sébastien Clément. All they had to do was recruit students...

A call was launched in January and very quickly the dream team took shape. There are ten of them, their names are Meritxell, Hugo, Bruna, Louise-Marie, Anthony, Omeima, Laura, Lilian, Maria and Audrey and they are all enrolled in a master's degree in chemistry, with a focus on biomolecules, separative chemistry or materials. What motivated us was the idea of deepening our skills, experimenting and networking," explains Bruna. Teamwork and competition then became the driving forces. " And the little group is off to a fast start. They only have three months to prepare the eight topics they are required to address.

Cooking an egg without heat; presenting an edible blue orange; capturing ultraviolet light in a photographic print; creating a non-toxic green pigment; or proposing an olfactory formula for water - these are just a few of the challenges the young UM chemists have had to tackle. At noon, in the evening, as soon as classes leave them a bit of leeway, they work hard on their subjects and meet every Wednesday over a pizza to present their results and practice for the oral exam. "In the end, I was on the computer all day, all the time," says Laura. It wasn't just a game," continues Jean-Sébastien Filhol, "it was real professional preparation.

The art of contradiction

On "D-Day" they were ready to compete against six other teams from the best schools in the country: the ENS Ulm, Lyon and Paris Saclay, and the engineering schools Chimie Paris Tech, ESCPI and the Ecole Polytechnique. We have to admit that the others were looking down on us a bit," Jean-Yves Winum says with amusement. The rules of the game are simple: the students compete in four rounds of debate on one of the eight topics prepared in advance. While one team presents its results and experiences during a 12-minute presentation, the other has the same amount of time to prepare the contradiction, before reversing positions during a round-robin match on another subject.

It's quite an art," says Bruna, winner of the contradiction prize in this tournament, " while the other team is exhibiting, you have to do all the bibliographical research on their subject, note the strong points, the weak points, and build a slide show to suggest ways of improving." " Contradiction is a separate job," adds Claude Niebel, " you have to absorb everything the other person says, use your scientific background to fill in the missing points, and know how to show off without dismantling your opponent either. " All this, of course, in front of a jury of professionals made up of scientists and industrialists.

Another image of chemistry

A bio-based green pepper, a blue orange created by extracting natural polyphenols from wine or an egg cooked in vodka. The solutions proposed by the students seduced the jury to the point of awarding them a third place that their competitors were probably not expecting. They introduced a sustainable development dimension into the technical solutions they created and thus showed that chemistry can contribute to solving current problems," emphasizes Jean-Yves Winum. For Sébastien Clément, " beyond the technical performance, the interest of this competition is also to give a more accessible, more concrete image of chemistry to the public. This is essential at a time when science is increasingly being called into question.

As for the students, it is with the conviction of receiving a very high level of teaching that they will approach the next stage of their studies, with a new string to their bow: "in terms of oral skills, we have seen them progress incredibly well, which is a real plus for their future professional life," notes Jean-Sébastien Filhol. In terms of confidence, it's an incredible boost! Some of them would never have dared to apply for jobs that are more suitable for engineers. After this victory, they no longer have any complexes. And that's worth its weight in gold! 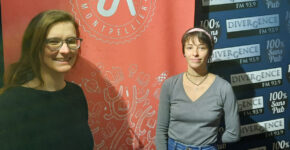