Loïc Lalague is the 2019 French kick-boxing champion, also qualified for the French team boxing championships and is a student in a Master's programme in hydrogeology at the UM.

It was in Rouen last March that Loïc Lalague, 22 years old, won his title of French university champion. A competition won with a lot of sweat but also and above all in the good mood of this beautiful Montpellier team composed of five boxers and led by Atmane Ben Rabia. " We have many funnyé, l'the atmosphere was really cool". says the young boxer.

Loïc discovered combat sports at the age of 16. He started with taekwondo and then English boxing before opting for French boxing and kick-boxing two years ago. Belonging to the group of "foot-fist" boxes, kick-boxing is a discipline that came from the United States and Japan in the 1960s. The fights take place in different ways, ranging from knockout to soft contact, as is the case in university competitions: "Wearenot allowedtohit, only to assault. We haveto control our emotions, be careful with what we do".

A mastery that the athlete particularly appreciates, as well as the fact of " challenging yourself. There is always someone stronger than you ,so you have to have the drive, give your best and above all, not show your weaknesses even when you are tired. A tiredness that doesn't seem to affect this hydrogeology student, who therefore carries out his master's degree, his two to four training sessions per week, to which he adds jogging and climbing... " That doesn 't leave much time to do anything else, but it's not the most complicated thing for me.

For athletes, the taste of victory often goes hand in hand with a strict diet. Loïc's bête noire! Registered in the under 77 kg category, he imposes daily supervision on himself before competitions so as not to exceed this weight limit, and risk " finding myself upagainst opponents much bigger than me". A constraint that he will not miss in his future professional life, which he does not envisage in a ring but rather in contact with " the water table .It's concrete, it's visual, I like it! In any case, boxing will have taught this future hydrogeologist to be wary of... sleeping water! 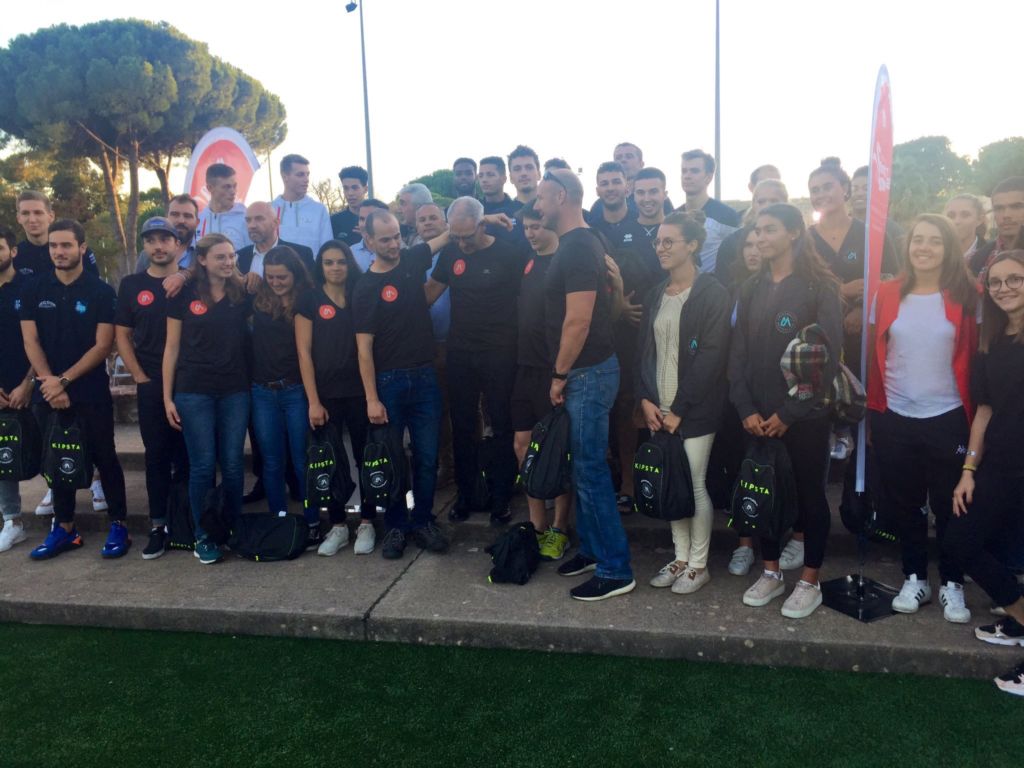